This ensemble of painted wooden fjords was inspired by the 111-mile Hardangerfjord, which winds its way from the Atlantic Ocean to Norway’s mountainous interior and runs beside the residency I attended in Ålvik, Norway in the fall of 2019. I studied this fjord every day for more than a month, mystified by the complexity of its edges, its profound depth, and the way it reinvented itself in response to tides, light, and wind.

In order to express the fjord on my terms I had to extract it from the landscape by blocking out mountains, trees, and sky so I could focus entirely on the water edges and depth. What remained was the image of a jagged container holding an unfathomable amount of water – like a deep, inky bucket held in place by invisible landforms. Based on this imaginary image, both the fjord surface and its hidden depth exist on the same plane in my “Fjord Buckets.” In this way, I tried to present a fresh approach to seeing a huge body of water. While they capture some of my wildest illusions of the Hardangerfjord, they are admittedly both fanciful and a bit baffling. 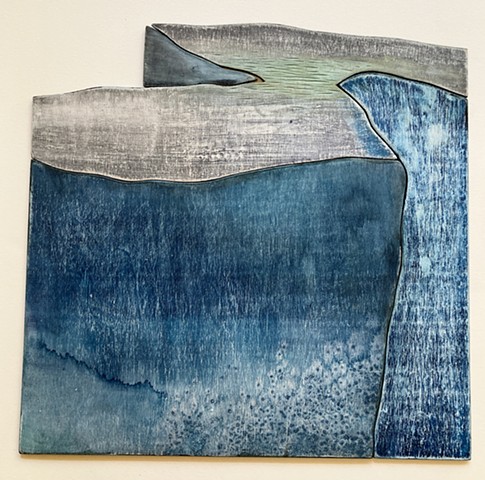 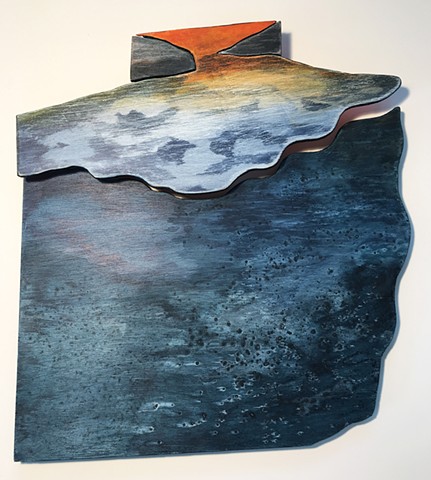 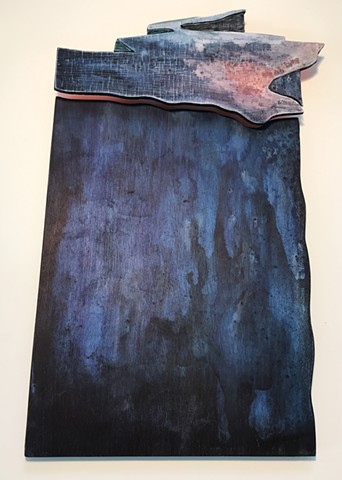 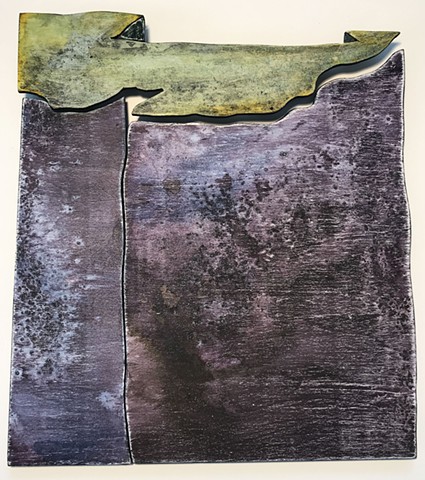 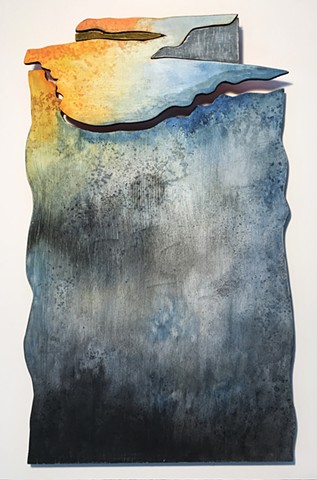 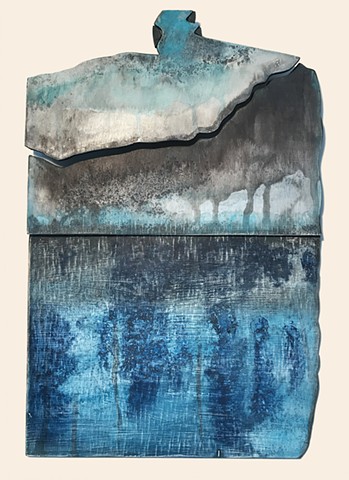 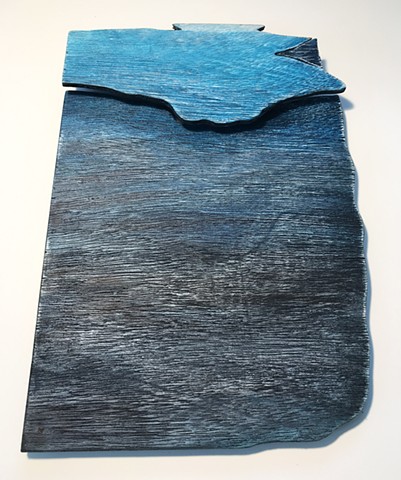 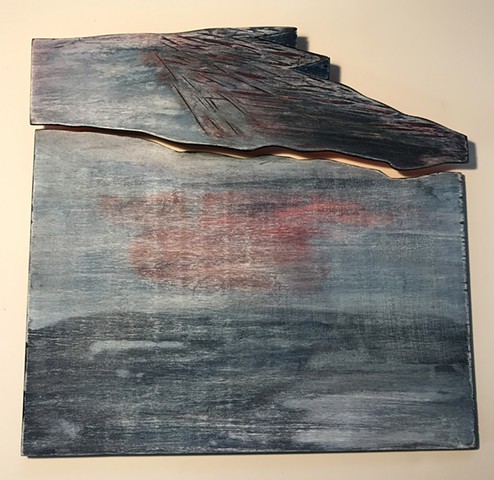 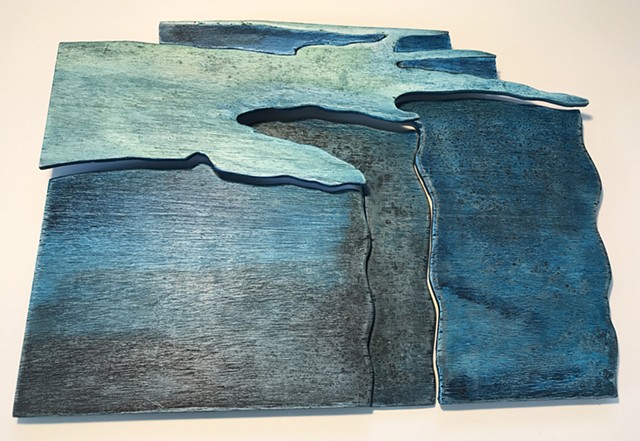 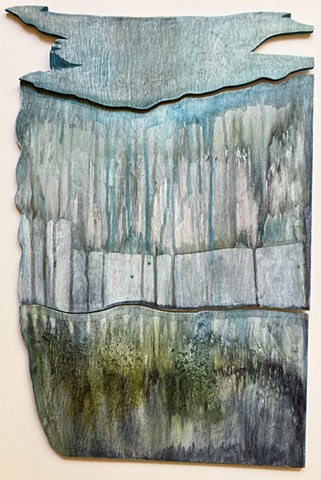 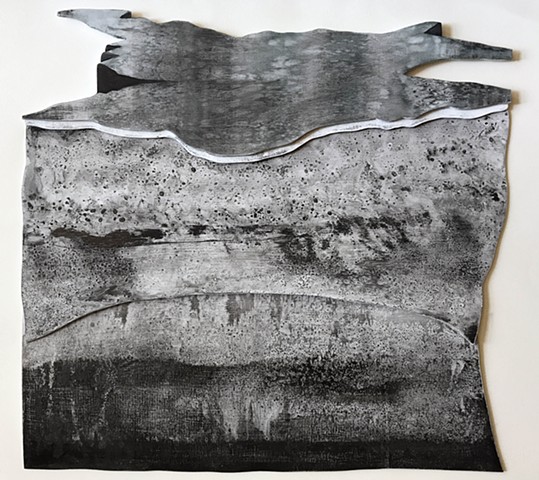 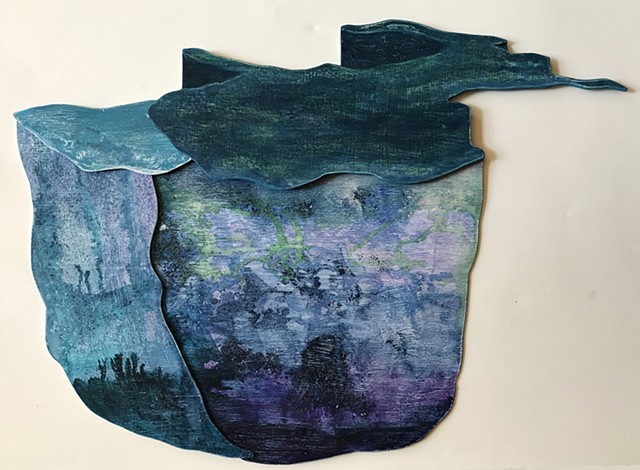 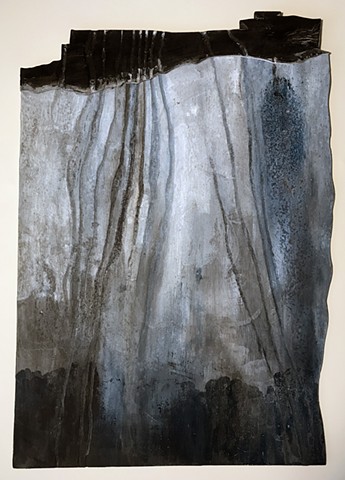 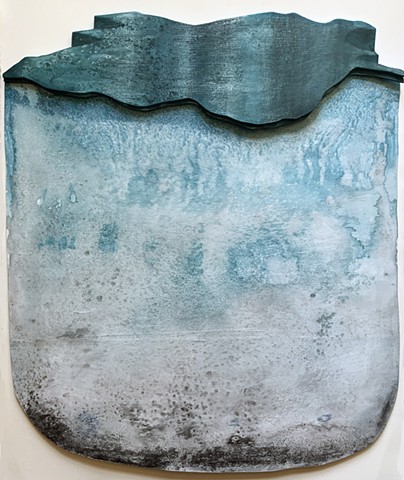